Experience is important. It defines who you are, what you do, the decisions you make. Whether the diner notices this or not, it’s the same for a menu. A good restaurant won’t tell the chef what to produce, but allow them to use their experience to create their own offerings.

For Executive Sous Chef Denvers Rattan, this couldn’t be more apt. His culinary history isn’t merely a list of high-end restaurants - though it is also that – it’s a foodie tour of the world, interwoven with a rich family history that provokes awe and inspires the taste buds, allowing us to serve memories on a plate. 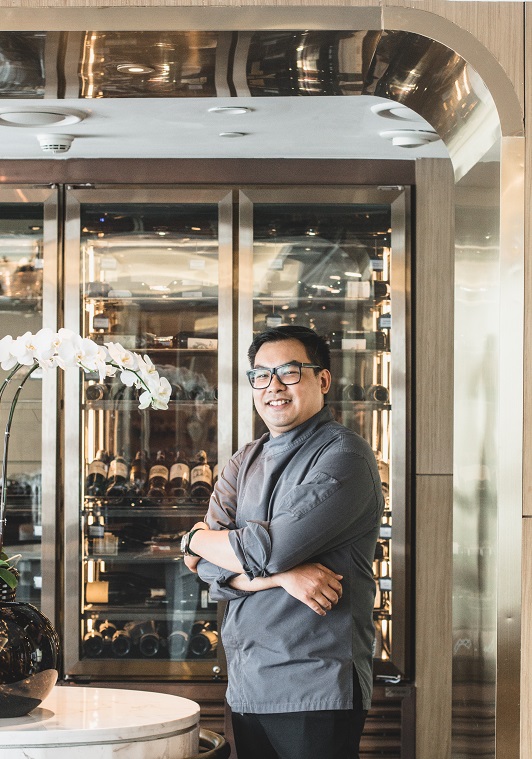 It was no coincidence that Chef Denvers found himself working in the culinary world. Coming from a family steeped in food traditions and the hospitality industry, it wasn’t long before Denvers began working in Michelin starred restaurants. Denvers’ first voyage was in the Michelin starred Sea Grill Restaurant in Brussels - a restaurant that has been lauded with international awards and recognition, and one of the most acclaimed eateries in Belgium.

For Chef Denvers, starting a career is such a high-profile establishment embedded a certain work ethic. “Starting out in this type of luxury operations taught me the first lessons on finesse, attention to details and to be consistent in my work. It was here that I began to develop an understanding of the real passion for being a chef.” Denvers explains.

What he refers to as the ‘finesse’ did not go unnoticed within the industry. From here, he went on to work alongside Joel Robuchon, who he describes as, “one of the best Chefs in the world.” This is no under exaggeration; once named by the Gault Millau guide as the ‘Chef of the Century’, Robuchon won the Meilleur Ouvrier de France in cuisine, and had a total of 32 Michelin stars to his name - the highest ever accumulated.

So what did several years of Michelin star restaurant experience, spread across Paris and Tokyo, teach him? “Responsibility” he explains. “Once you’re no longer just starting out, and you’ve become a Chef de Partie and above, it's you on the plate. You've got to represent, and the responsibility is tremendous. I found myself starting to become more analytical and critical of every dish coming out of the kitchen, and that passion and drive gradually allowed me to develop my methodological approach within my Culinary team, as well as refining my style of cooking to create something ‘signature’ of my own.”

When it comes to the kitchen at Stellar Steakhouse, his responsibility is shared with Chef Nicolas Plateau, Head of Food and Beverage and Executive Chef at InterContinental Hanoi Landmark72, who together, have created the Best Luxury Steakhouse in Asia, as voted for by the World Luxury Restaurant Awards 2019. 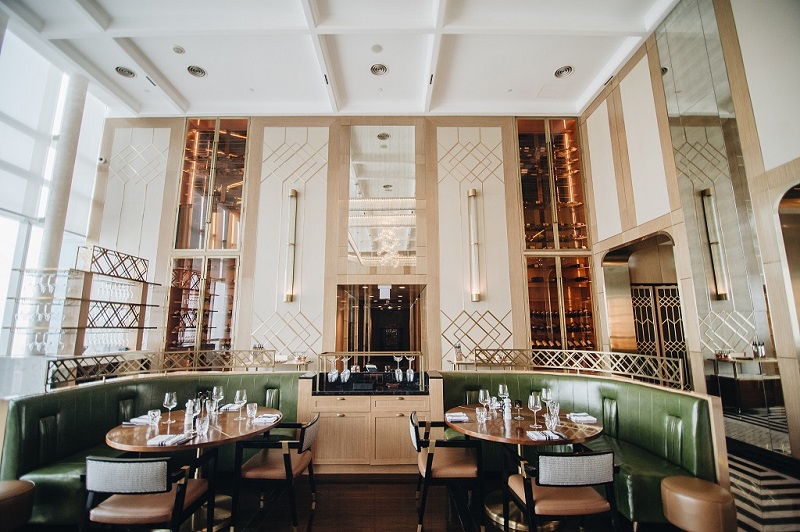 Stellar Steakhouse – An alluring restaurant on the top of Hanoi

These high standards of Stellar Steakhouse are achieved everyday through a culinary mix of classical and creative approaches, “I tend to take on the creative side with always something new up my sleeves,” Chef Denvers explains. “Chef Nicolas is more classic, which in combination turns out very beautifully for all of our menus.”

While their styles may vary, these two chefs come together through a love premium imports and local specialties. “We both have a strong connection to Vietnam, and Asia.” Chef Denvers explains. Where they are both really defined, however, is their experience. When they grab the knife and begin working, you can feel their culinary histories running through their cuisine, which is multicultural, Michelin starred, and masterful.

Don’t, however, sit down at Stellar Steakhouse and expect a reprise of old menus. Chef Denvers is creating originality every day, challenging the concept of a steakhouse. He explains there is no one dish that he would describe to be his signature, instead he makes his mark on the entire menu. “The seasons are always changing, and cooking in line with the season, with particular ingredients from the local market, is very important to me.” 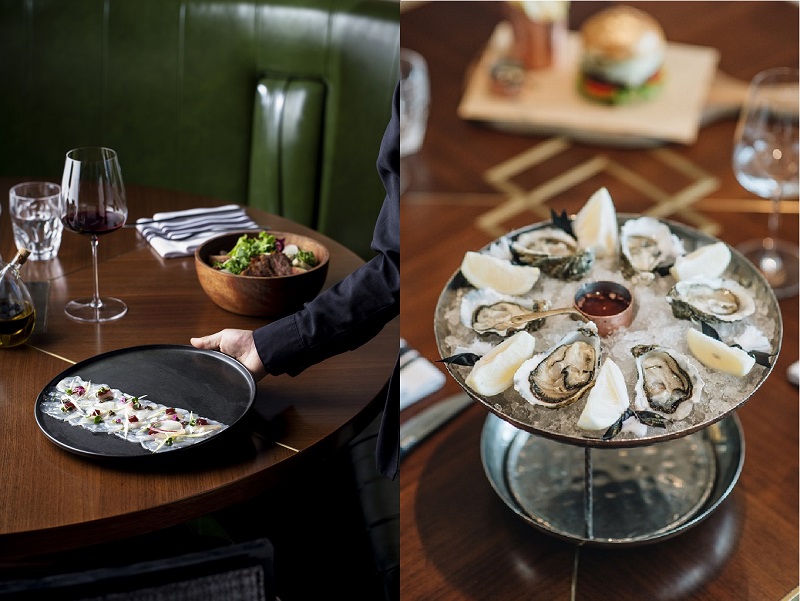 Seasonal dishes on the menu at Stellar Steakhouse

Though always inspired by the season’s best produce, Chef Denvers defines his food by the quality of the ingredients he uses, and relying of the preservation of their taste through straightforward cooking methods.

He refers to the food at Stellar Steakhouse as ‘contemporary’, not fussy or confusing, “but we are trying to be more experimental as well,” he states. Special set menus and wine dinners will show off this adventurous spirit, styling the food to the occasion or to the wine label being featured at special events.

One of Chef Denvers’ latest creations is his Gold Tomahawk Box, which contains an impressive 1.7kg slab of Sher Wagyu Tomahawk, with Grade ⅘ marbling, topped of with a layer of gold. Though he also explains that he would be proud to recommend the new range of meat cuts that recently introduced at Stellar Steakhouse, from our new Sher Wagyu MBS8/9 to different ranges of Kobe beef A4 MBS7 from Japan. 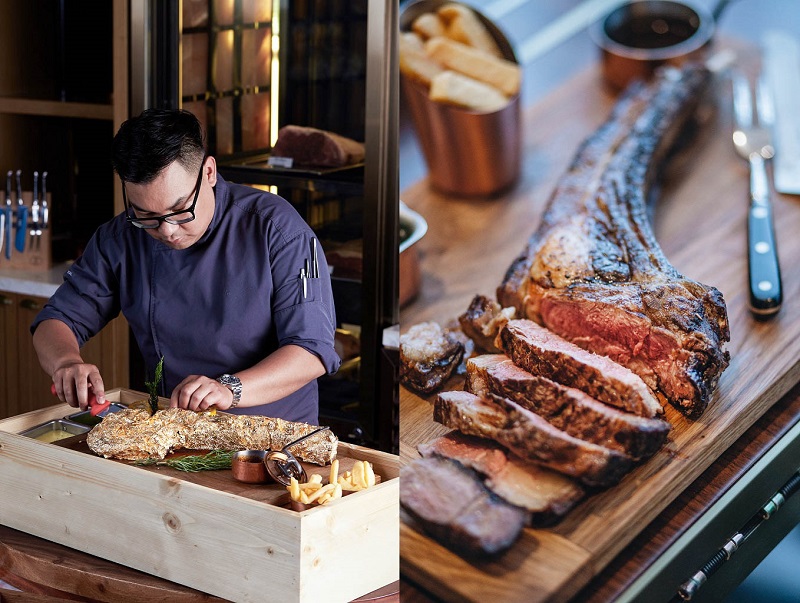 As well has his foray into indulgent steak offerings, Chef Denvers explains that he’s “very particular” about his appetisers, which he confesses, are rarely the stars of the meal.

As a steakhouse, there will always be one major crowd pleaser, but unlike our contemporaries who offer rich, buttered and creamed starters, Chef Denvers likes to offer an otherwise lighter alternative, made with refreshing ingredients and flavours to balance out the meal.

As a tip for future guests, he recommends starting with the new Pan Seared Foie Gras, or Pan Fried Sea Scallops. These, he says, allow for the meat and its marbling to shine through. 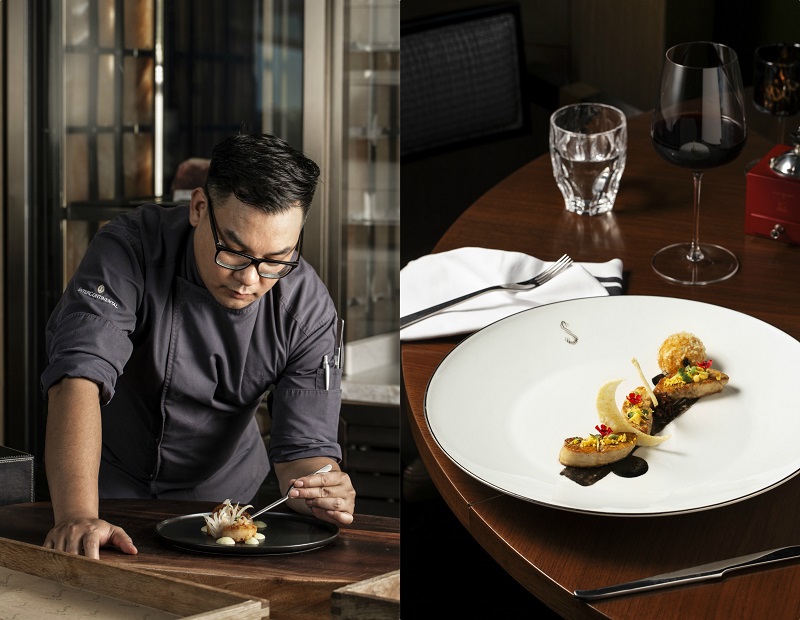 Chef Denvers confesses that he has also snuck a few home favourites onto the Stellar Steakhouse menu. He’s referring in part, to his rendition of foie gras, with crispy jackfruits, squid ink, shallot pickles and caramelized unagi kabayaki cromesquis, harking back to the bowl of hearty, smooth foie gras that he would eat at home on a chilly winter’s day.

When it comes to memories on a plate, you would be hard pressed to find one more honest that Chef Denvers’, but as he grows into our high-rise steak restaurant, it’s clear to see that this is just the beginning.

Discover our restaurants and bars 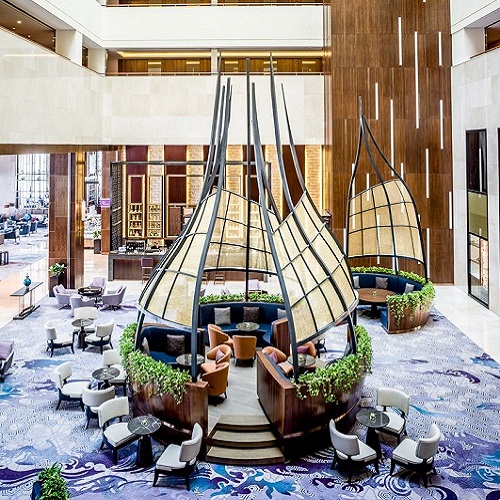 Exquisite Afternoon Tea, Classic Cocktails And A Collection Of Wines By Glass 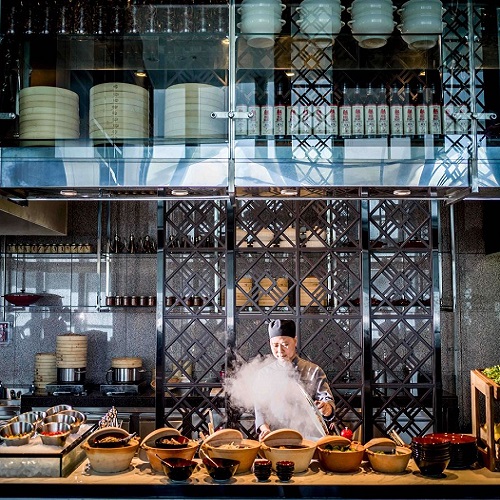 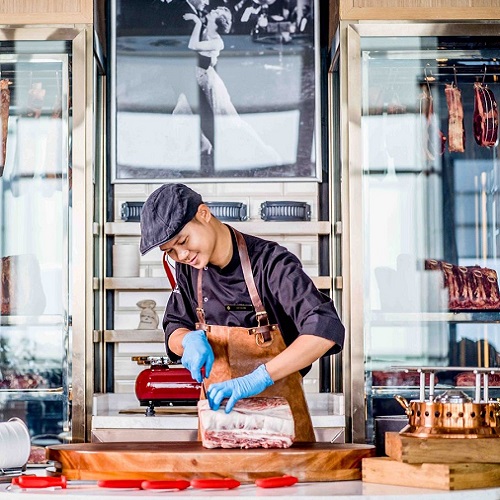 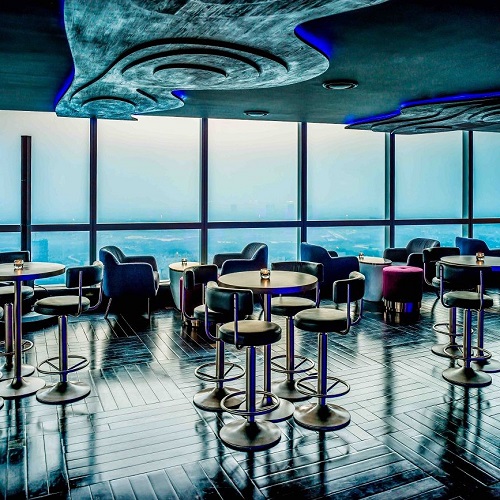 Bespoke Cocktails In A Mystic Atmosphere Overlooking The Hanoi Skyline